Not too long ago, I came across a lovely doll that was designed in a simple but nevertheless interesting technique during my visit to a couple's home . The doll was on displayed in my friends' washroom together with some other lovely decorations. When I visited them again early this year, I decided to take a closer look and study the construction of the doll. Obviously, I was not able to contain myself from the investigation!

However, I totally forgot about the idea of making the doll until the recent 2011 Chinese New Year. I was making some bunnies in conjunction with the year of Rabbit to give away as gifts to friends, as well as using some as the seasonal decoration at my lovely home. The idea of the doll flashed back in my mind when I was making those bunnies. So, I decided to try it out. I sewed the first prototype, as shown in the picture below first from the right. My daughter, Ning simply adores it and rocks the doll in her palm. The second doll as shown in the picture above was sewed with a vibrant red fabric - to welcome the auspicious Lunar year! Look at her, she seems to sleep soundly on the woven basket.


I later discovered that the dolls I made are different from my friends as her doll comes in two parts. I am happy to have my own version of beanie doll.

I name these dolls "Wa Wa". "Wa Wa" means doll, but it is also commonly used to refer to little girl, in Chinese. My “Wa Wa” is made with fabric in a circle, just like the fabric used to wrap a baby. I filled the round fabric with beans and cotton/ synthetic fibers. The head of the doll is made with smaller circle fabrics and filled with fibers too; it is then stuffed onto the opening of the larger ball that makes the body of the “Wa Wa”. I drew the face with acrylic paint to give my “Wa Wa” a finishing touch of “life”. I also added lavender potpourri into some of them for the soothing fragrance.

Guizhou- The road less traveled in China (chapter 5 of 9) 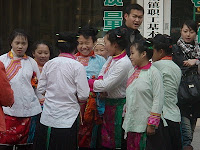 We were delighted to wake up in the morning to the serenity around Ronjiang Hotel. The hotel was secluded as it was located far from the main road and and surrounded by a private garden. Nevertheless, we discovered a different world outside the hotel when we walked to the main road after our breakfast. The streets were bustling with people and activities!


Although the steaming food seems pretty appetizing to us, we could only share a bowl of red bean soup as we were still full from the heavy breakfast. We spotted a hair salon on the main street and decided that we could have a good hair wash..... 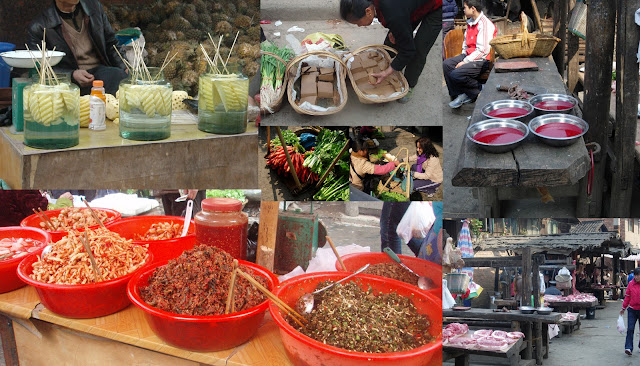 The market was just within walking distance from our hotel. Our driver were waiting at the hotel while we explored the market. It was fascinating to see the locals in their traditional clothing, hairstyles and speaking the local dialects which we didn't understand at all. We find pleasure in sampling the local snack and even bought some fresh vegetables that were later being cooked at the restaurant for lunch. We appeared to be the only tourists in this area and as we observed the locals, , we were being observed too. 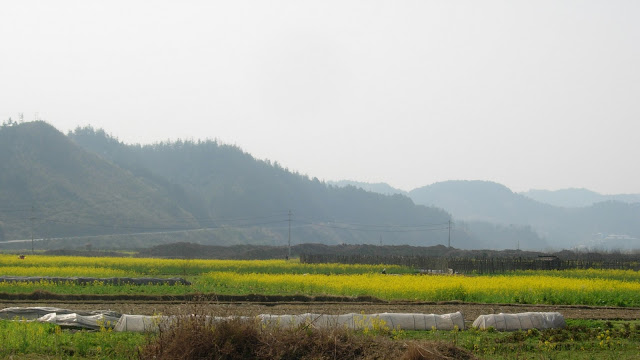 Without further delayed, we continue our journey to the southeast of Ronjiang. We drove passed beautiful landscapes and people along the way. After two hours of driving along the country sites, we reached the next highlight of our day - a visit to a Dong village, located 20km north of the county town Congjiang.

Yingtan Dong village  has existed since Qing Dynasty. It has a population of 1,700 people. According to the latest statistic, the total population of Dong people is 2,960,293. They are mainly distributed in the mountainous areas between the four provinces of Guizhou, Hunan, Guangxi and Hubei. The major residences for the Dongs are Southeastern Guizhou where Yingtan Dong village is located. They Dongs are known for their architecture, particularly their octagonal pagoda-type drum towers , wind and rain bridges that provide sheltering for people during bad weathers. The drum towers of Dongs were built without a single nail. They are the symbol of Dongs and served as a gathering place for the villages to discuss and settle important matters, hold important festivals or entertainments.

The weather was getting warm and sunny in March 2008. It was a good time to carry on with various outdoor activities. We were thrilled to find many Dong ladies working together in village for the various processes of cloth making.  Some were busy spinning; 2 groups of ladies warping the looms which were extended as far as 70 feet from one end to another. The ladies were quite and attentive to their work as Dongs have taboos on speech during the weaving. For instance, they cannot use terms such as ‘broken’ and ‘disorder’, which they believe may cause the weaving to fail. ‘disorder’, which they believe may cause the weaving to fail. We felt that we have traveled back in time just by walking around the village. We were the two aliens who didn't fit in the picturesque scene. Although they are now connected to the modern world with infrastructures development, the people here remain to be living in their secluded world, except from the few antennas that stand out like sore thumbs.


We visited the only grocery store in the village and bought a roll of plain hand-woven textiles. This woven fabric would be dyed if I have not taken it under my possession. Though many of the minority
tribes use indigo plant to make their dyes, each tribe put their signature by adding different ingredients to the indigo dyes. The Dong women add lime water to indigo plants to make their dyestuff. The fabric went through repeated processes of dyes and washes up to three or four times before the color is deemed to be perfect. Next, persimmon peels and chestnut shells are pounded into liquid and mix with a kind of berry-Ardisia crenata. Again the cloth goes through another dying process to achieve a deep blue with radiant rosy accents. After drying, the cloth will be folded, coated with egg white and intermittently beaten with a wood mallet over the course of two weeks until the cloth shines. The final step is to starch the cloth with glue made from cattle skin, this process ensures durability and fade -resistant to the fabric. The brightness of the cloth varies, depending upon the duration of crafting and beating. The more it shines, the more precious the cloth is deemed to be.

Another interesting and environment friendly culture of Dong is that whenever a girl is born, her parents would plant tens up to hundred of fir saplings for their baby. When the child reaches the age of 18 and marries, the fir trees, that have matured too, are felled and used to build houses for the bride and groom or for sale. For this reason, such fir trees are called "18-year-trees."  So, it is no surprise to see many fir trees growing around the Dongs' villages.

We spent 1 1/2 hour roaming the village but it was a pity we didn't get to have much interaction with villagers. I wonder if a homestay is possible in this village. With a homestay, one can get to know the people and perhaps joining their fabric making process if that is permitted.
Posted by yann at 12:24 AM 0 comments

yann
I proclaim myself a true ethnicmania - I am obsessed with meeting ethnic minorities people from around the world and to learn about their culture. I fascinate needle works and handicrafts, and I dream of writing a sewing book inspired by textiles made by the minority people. Wait, there are more, I also love outdoor activities and I adore the nature. Email me for comments and feedback at yannsjournal@gmail.com 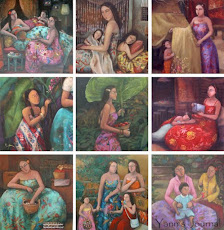 view my artworks and other interesting images